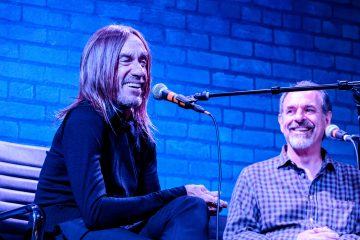 Jeff Gold is a music historian, author, former record label executive and Grammy Award winner. Rolling Stone named him as one of the five “top collectors of high-end music memorabilia.”

Gold has consulted for the Rock & Roll Hall of Fame and the Experience Music Project, and appeared as an expert on PBS’ History Detectives. He and colleague Laura Woolley appraised The Bob Dylan Archive now housed at the University of Tulsa. His discovery of previously undocumented tapes has led to major label releases including Bob Dylan In Concert at Brandeis University 1963.

Gold’s 2012 book 101 Essential Rock Records: The Golden Age of Vinyl, From The Beatles to the Sex Pistols was one of eight books chosen by Rolling Stone as “The year’s best reading material.”

Gold owns the music collectibles website Recordmecca and writes about topics of interest to collectors on its blog.