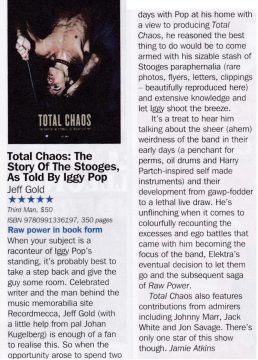 Out November 15: Total Chaos: The Story of The Stooges/As Told By Iggy Pop